'The Snake and the Wasp' 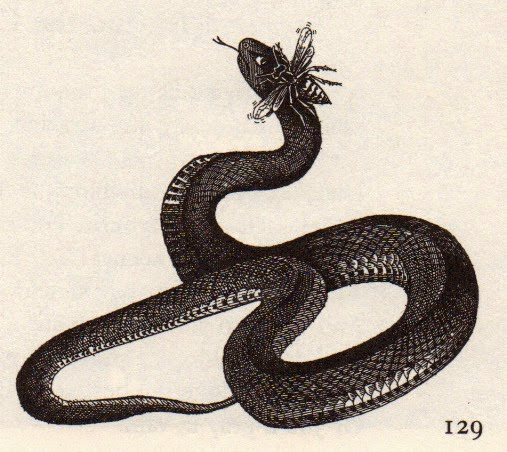 'The Snake and the Wasp', an illustration by John Vernon Lord
in Aesop's Fables, Jonathan Cape, 1989, page 129.

The Wasp and the Snake who Perished Together
A WASP seated himself upon the head of a Snake, and striking him unceasingly with his stings wounded him to death.  The Snake, being in great torment, and not knowing how to rid himself of his enemy, or to scare him away, saw a wagon heavily laden with wood, and went and purposely placed his head under the wheels, and said, “At least my enemy and I shall thus perish together.”

Moral: Some people would rather go down with their enemies than let them survive.