'The Lion and the Hare' 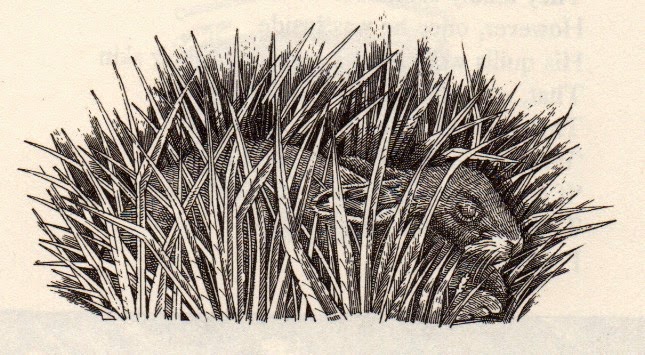 'The Lion and the Hare', an illustration by John Vernon Lord
in Aesop's Fables, Jonathan Cape, 1989, page 83.

The Lion and the Hare
A LION came across a Hare, who was fast asleep on her form.  He was just in the act of seizing her, when a fine young Hart trotted by, and he left the Hare to follow him.  The Hare, scared by the noise, awoke and scudded away.  The Lion was not able after a long chase to catch the Hart, and returned to feed upon the Hare.  On finding that the Hare also had run off, he said, “I am rightly served, for having let go the food that I had in my hand for the chance of obtaining more.”

Moral:  Attempting to gain a greater profit elsewhere may cause the loss of what you already have in the bag. 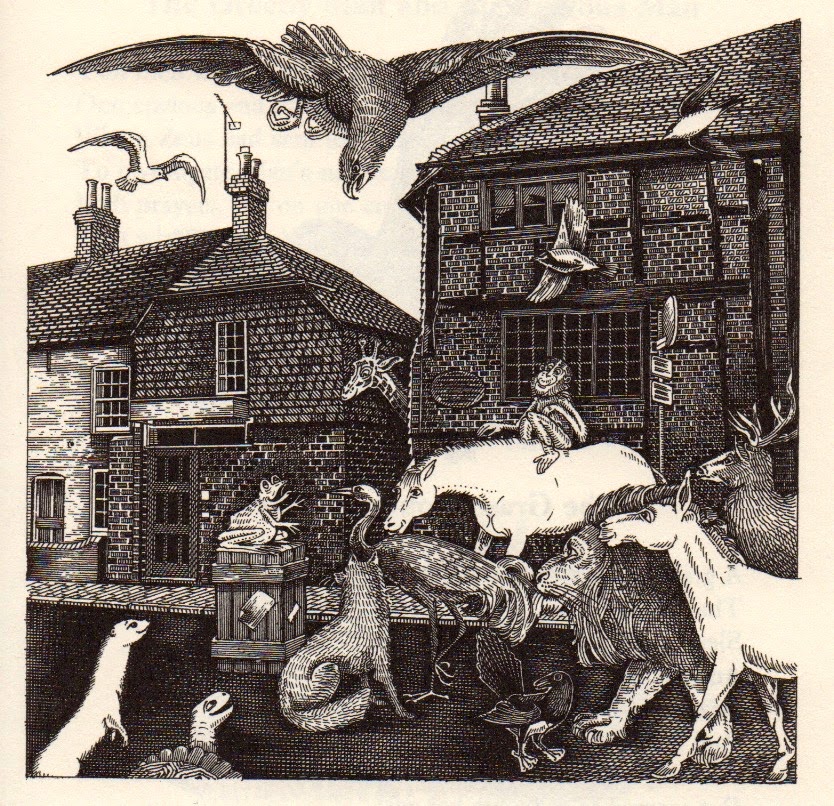 Posted by John Vernon Lord at 04:57 No comments: 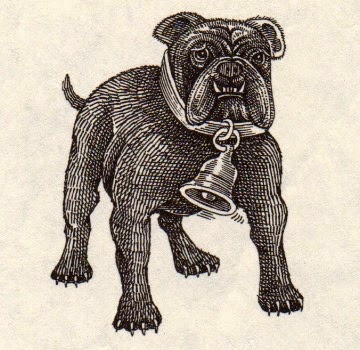 'Two Bald Men with a Comb'

The Two Bald Men
As on his way a Bald-pate went,
He found a comb by accident;
Another, with a head as bare,
Pursued, and hollow’d for a share.
The first produced the prize, and cried,
“Good Providence was on our side;
But by the same caprice of Fate,
We’re to no purpose fortunate;
And, as the proverb says, have found
A hobnail, for a hundred pound.”

They by this tale may be relieved
Whose sanguine hopes have been deceived.

Moral: We may be fooled by hope when we come across chance discoveries.

"The Falklands thing was a fight between two bald men over a comb,"
said the Argentinian writer Jorge Luis Borges after the South Atlantic conflict was over.
Posted by John Vernon Lord at 02:34 No comments: