Don Rodrigo puts the lion in a netted cage

Don Rodrigo puts the lion in a netted cage, an illustration by John Vernon Lord  for 'The Cid',
in Epics of the Middle Ages, The Folio Society, 2005

Posted by John Vernon Lord at 06:34 No comments: 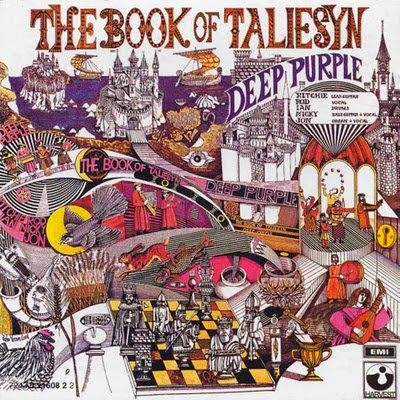 Renewart swings his pole at the monster

Renewart swings his pole at the monster, an illustration by JVL from 'The Song of William'
in Epics of the MiddleAges, The Folio Society, 2005.
Posted by John Vernon Lord at 03:37 No comments:

Charles dreams about a leopard, bear and hound 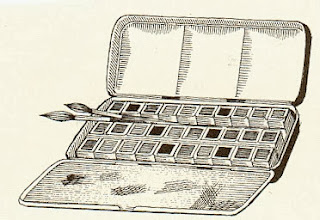 An artists's palette, an illustration by JVL for a poem entitled 'The Paint Box' by EV Rieu,
in The Song that Sings the Bird; Poems for Young Children chosen by Ruth Craft, Collins, 1989.
Posted by John Vernon Lord at 03:46 No comments:

A Christmas Card for Saxon Artists 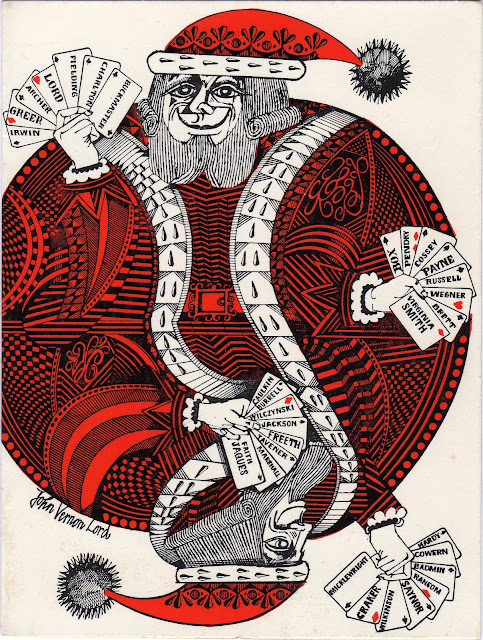 A Christmas Card for Saxon Artists of 53, New Oxford Street, London,
an design by JVL for his agent, c1965.

Posted by John Vernon Lord at 03:09 No comments: 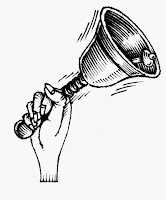 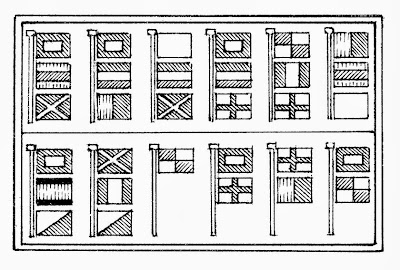 FLAG SIGNALS
The Bellman's speech - 'For England expects...', an illustration by John Vernon Lord in
Lewis Carroll's The Hunting of the Snark, Artists' Choice Editions, 2006.

The text:
67
"For England expects--I forbear to proceed:
'Tis a maxim tremendous, but trite:
And you'd best be unpacking the things that you need
To rig yourselves out for the fight."

This flag signal spells 'SNARK' - an illustration by John Vernon Lord in
Lewis Carroll's The Hunting of the Snark, Artists' Choice Editions, 2006.

Bridecake and an Ocean Plait

Bridecake, an illustration by JVL in Lewis Carroll's
The Hunting of the Snark, Artists' Choice Editions, 2006. 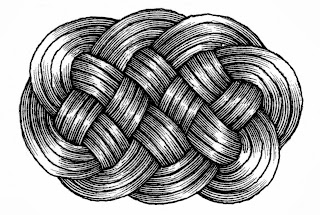 An ocean plait, an illustration by JVL in Lewis Carroll's
The Hunting of the Snark, Artists' Choice Editions, 2006.

This is placed as a preliminary illustration in the book, something that might have been useful to the Snark Hunters on board ship, to avoid slipping on deck.

Posted by John Vernon Lord at 06:36 No comments:

The Pig's grave and two sets of dice 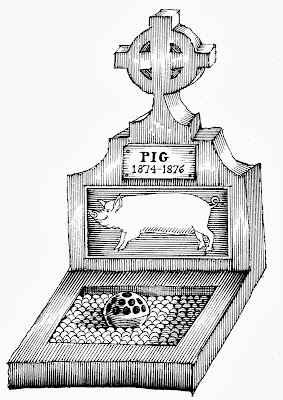 The Pig's grave and two sets of dice, an illustration by JVL in Lewis Carroll's
The Hunting of the Snark,  Artists' Choice Edition, 2006.

120
But their wild exultation was suddenly checked
When the jailer informed them, with tears,
Such a sentence would have not the slightest effect,
As the pig had been dead for some years.

Carroll was aged 42 when he first embarked upon writing The Hunting of the Snark. If you add up the eight numbers in the two year dates when he worked on the book (1874-1876) you will soon realise that they add up to 42. Thus the reader will note that I have registered these dates on the grave of the pig that had been charged at Court, in the Barrister’s dream, for deserting its sty.

If the throw of two sets of six dice results in each set showing all the numbers from one to six face up, the sum of the twelve dice will add up to total of 42.

The number 42 reminds us of the forty-two boxes, that the Baker had carefully packed for the Snark voyage and the bell relating to the Bellman’s bell.

The number forty-two became well known in Douglas Adams’ The Hitchhiker's Guide to the Galaxy. It was a number that was put forward as representing “the meaning of life, the universe, and everything”. This was calculated by a computer called Deep Thought, which had been asked to calculate the ‘Ultimate Answer’.
Enthusiasts of the number forty-two can be found declaring its significance in various websites, discovering scores of the most obscure connections with the number. It is a fanciful obsession for those with anorak tendencies. I have to curb the impulse myself! For instance Revelations (13:5) in the Bible tells us that ‘The beast was given a mouth uttering proud boasts and blasphemies, and it was given authority to act for forty-two months’. The ‘number of the beast’ is said to be 666 and we find that 6 x 6+6=42. The binary number of 42 is 101010, which fluctuates alternately between ones and zeros.

The well-known phrase – to be ‘at sixes and sevens’ means to be in a state of confusion or disagreement over something. In the poem there is a wonderful remark made by the Bellman about the confusion of the vessel when ‘the bowsprit got mixed up with the rudder sometimes’ causing it to be ‘snarked’. The Bellman’s navigational orders to the crew would be bound to place them all at sixes and sevens but there was little they could do about it. Six times seven equals forty-two of course. Carroll refers to this bewilderment and Rule 42 of the Bellman’s Naval Code in the original preface of The Hunting of the Snark, saying:

‘The Bellman, who was almost morbidly sensitive about appearances used to have the bowsprit unshipped once or twice a week to be revarnished; and it more than once happened, when the time came for replacing it, that no one on board could remember which end of the ship it belonged to. They knew it was not of the slightest use to appeal to the Bellman about it- he would only refer to his Naval Code, and read out in pathetic tones Admiralty Instructions which none of them had ever been able to understand- so it generally ended in its being fastened on, anyhow, across the rudder. The helmsman [the Boots] used to stand by with tears in his eyes: he knew it was all wrong, but alas! Rule 42 of the Code, “No one shall speak to the Man at the Helm,” had been completed by the Bellman himself with the words “and the Man at the Helm shall speak to no one.” So remonstrance was impossible, and no steering could be done till the next varnishing day. During these bewildering intervals the ship usually sailed backwards.’

The number 42 also appears in Chapter 12 during Alice’s evidence in the trial of ‘who stole the tarts?’ in Carroll’s earlier book Alice In Wonderland. At one point the King of Hearts, ‘called out, “Silence!” and read out from his book, “Rule Forty-two. All persons more than a mile high must leave the court.”’ There were, of course, forty-two illustrations by Tenniel in Alice’s Adventures in Wonderland. The number 42 seems to have  resonance of Carroll. At this point we must leave the number 42 alone, tempting though it is to look at umpteen incidences of the number 42 in works of such authors as Shakespeare, Milne, and Dahl, to the word ‘fish’ and the name of ‘Bach’.

Posted by John Vernon Lord at 09:00 No comments: