The Sheep and the Crow 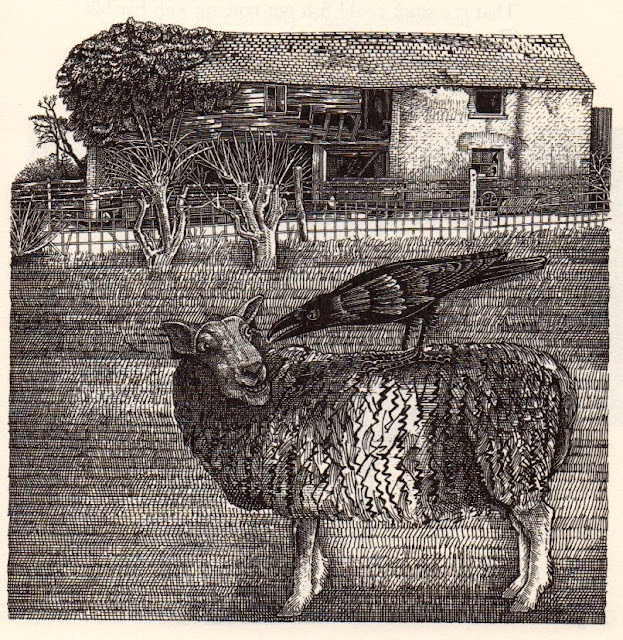 'The Crow and the Sheep', an illustration by John Vernon Lord
in Aesop's Fables, Jonathan Cape, 1989, page 131.

The Sheep and the Crow
A mean-hearted crow landed on the back of a sheep. The crow was a burden and it stayed there for a long time pecking through its fleece and crowing all the time. The sheep became fed up and said, "If you had done this kind of thing to a dog or a wolf, they would have bitten you with their sharp fangs." "Huh", replied the crow, "I despise those who are helpless and only give way to the strong. I know the type who I can bother like this and I am obsequious to those who are strong. This is how I survive".

Moral
There are those who harry the weak but cringe to the strong.