'The Frog and the Cow' 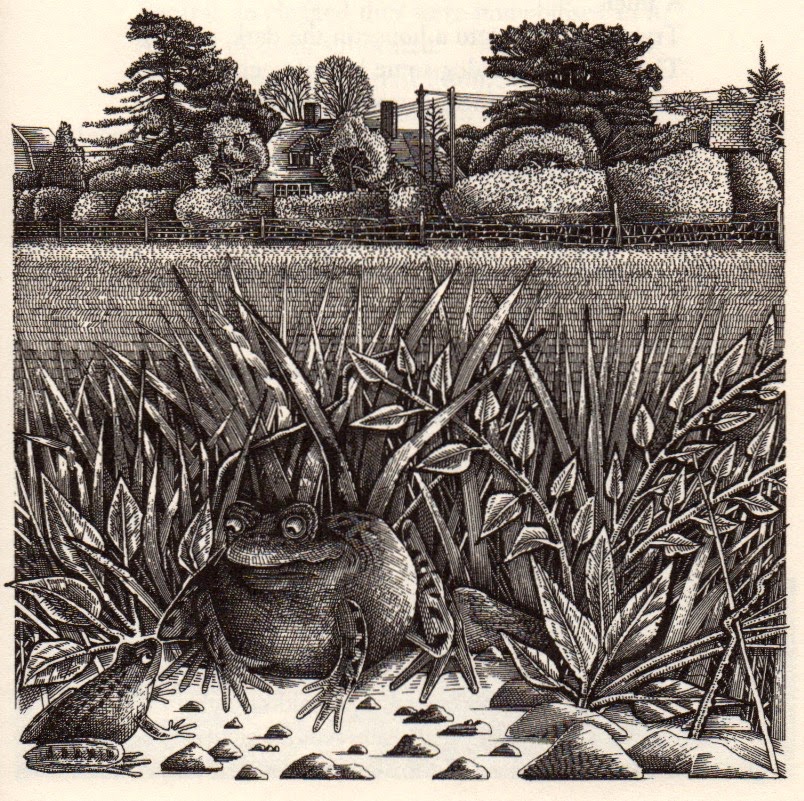 'The Frog and the Cow', an illustration by John Vernon Lord
in Aesop's Fables, Jonathan Cape, 1989, page 97.
The Text:

A frog once saw a cow in a field and was jealous of its mighty size. She tried to puff herself up to make herself bigger, like the cow. "Am I bigger than the cow yet?" she asked her child. "No no yet", came the reply. With a greater effort she puffed herself up more and asked her young one if she had reached the cow's size. "No, not yet, Mum" came the reply. Determined not to be beaten the frog continued to blow herself out even more but she suddenly burst and fell flat".

Moral: When people overreach themselves, by attempting to achieve something outside their own natural ability, they can come to grief.