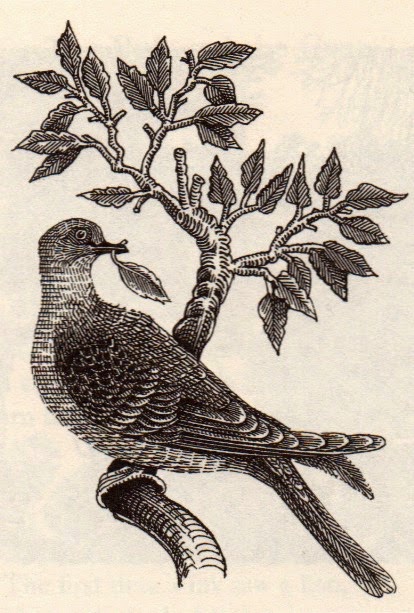 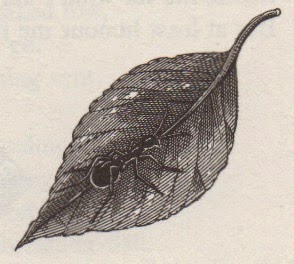 'The Dove and the Ant', an illustration by John Vernon Lord
in Aesop's Fables, Jonathan Cape, 1989, page 85.

The Dove and the Ant
HERE lesser animals th’ example give:
Along a limpid stream a sipping dove,
Beheld a drowning ant that strove to live,
Who just had fallen down the slant.
The bird display’d her wonted love,
On that dread ocean threw a blade of grass,
Which form’d a promontory for the ant,
Who safe again to shore did pass.
A certain beggar wander’d there,
Bare-foot and seeking better fare;
A bow and arrow he had got.
The bird of Venus - sought to destroy,
Nay thought he had her in his pot;
And lick’d his lips for joy.
While he prepar’d to make the dove his prey,
The ant severely stung his heel -
The fellow stamp’d, for she had made him feel,
The dove alarm’d,  fled off, and wing’d away.

Pigeons, said he, at loss of dinner sad,
Are not, I see, so easy to be had.