The Lioness and the Fox 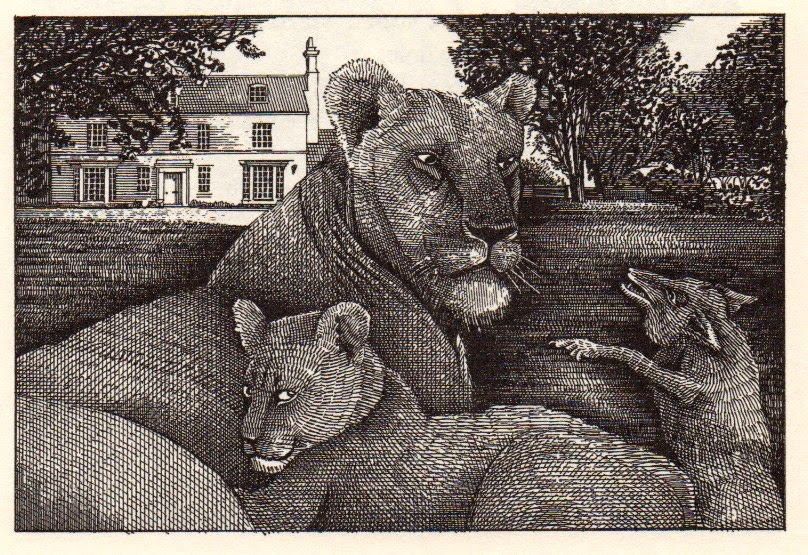 'The Lioness and the Fox', an illustration by John Vernon Lord
in Aesop's Fables, Jonathan Cape, 1989, page 125.
The text:


The Lioness and the Fox
There was a competition among all the animals, about which one could boast of the largest family. So a fox, who was their spokesman, came to the Lioness, and criticised her for only having one cub at a time. “Yes, only one,” said the Lioness, grimly; but that one is a lion.”

Moral:  Judge merit by quality rather than quantity.