The Belly and the Members 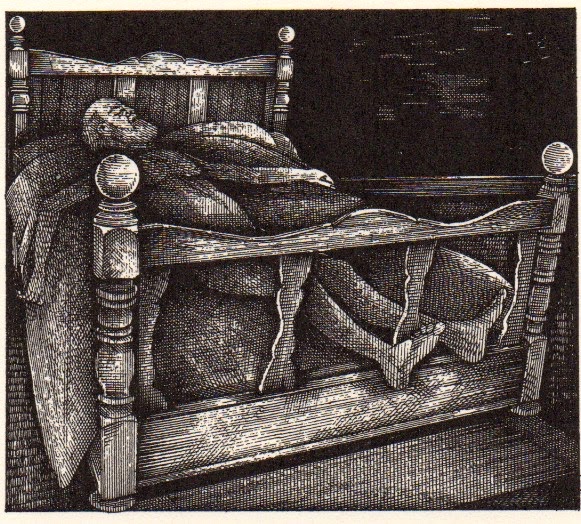 'The Belly and the Members', an illustration by John Vernon Lord
in Aesop's Fables, Jonathan Cape, 1989, page 151.
The Text:

The Belly and the Members
THE members of the Body rebelled against the Belly, and said, “Why should we be perpetually engaged in administering to your wants, while you do nothing but take your rest, and enjoy yourself in luxury and self-indulgence?”  The Members carried out their resolve and refused their assistance to the Belly.  The whole Body quickly became debilitated, and the hands, feet, mouth, and eyes, when too late, repented of their folly.

Note:
The person on the bed looks suspiciously like the one who drew the illustration!