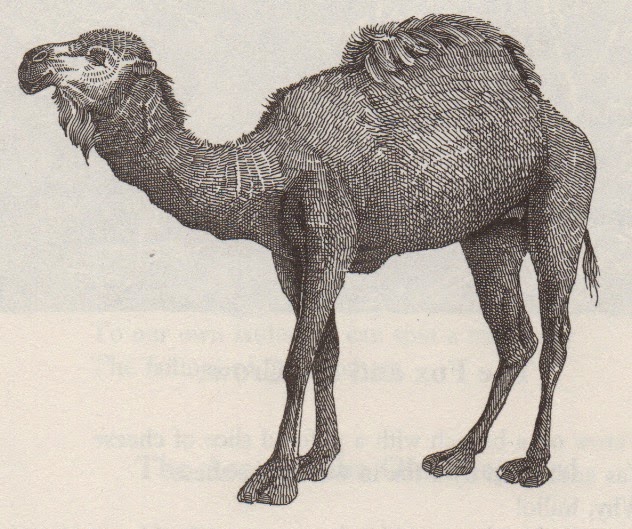 The Camel Seen for the First Time
WHEN man first saw the Camel, he was so frightened at his vast size that he ran away.  After a time, perceiving the meekness and gentleness of the his temper, he summoned courage enough to approach him.  Soon afterwards, observing that he was an animal altogether deficient in spirit, he assumed such boldness as to put a bridle in his mouth, and to set a child to drive him.

Moral: Use serves to overcome dread.