The Snark Hunters on board ship 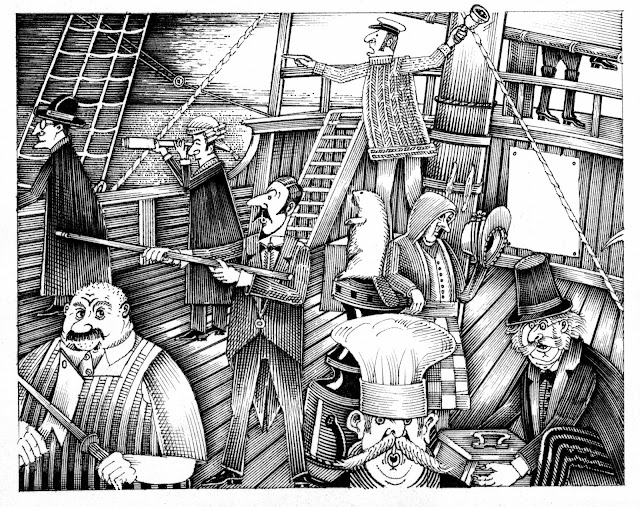 The Snark Hunters on board ship, an illustration by John Vernon Lord, in Lewis Carroll's
The Hunting of the Snark, Artists' Choice Editions, 2006.

Posted by John Vernon Lord at 09:21 No comments: 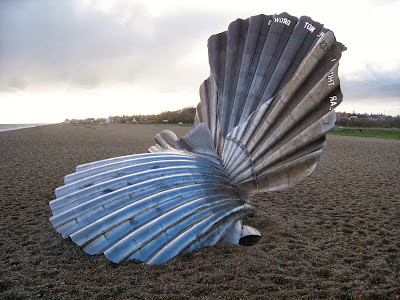 I thought I'd post someone else's work for a change. This is a photograph I took on Monday the 25th of November of Maggie Hambling's 'Scallop' sculpture on the beach at Aldeburgh in Suffolk.


Then a  concert including: Purcell’s (arranged by Britten) Chacony;  Britten’s Variations on a Theme of Frank Bridge and his Serenade for tenor, horn and strings  and finally Arvo Pärt’s Cantus in Memoriam Benjamin Britten. The performers were the Aldeburgh Strings with Allan Clayton (tenor), Richard Watkins (horn), and Markus Däunert as the director. This was a rivetting concert from beginning to end. The 'Bridge' piece by Britten was superlative in every away. Never heard a string ensemble quite like it.
Posted by John Vernon Lord at 04:02 No comments:

Alice tips over the jury-box 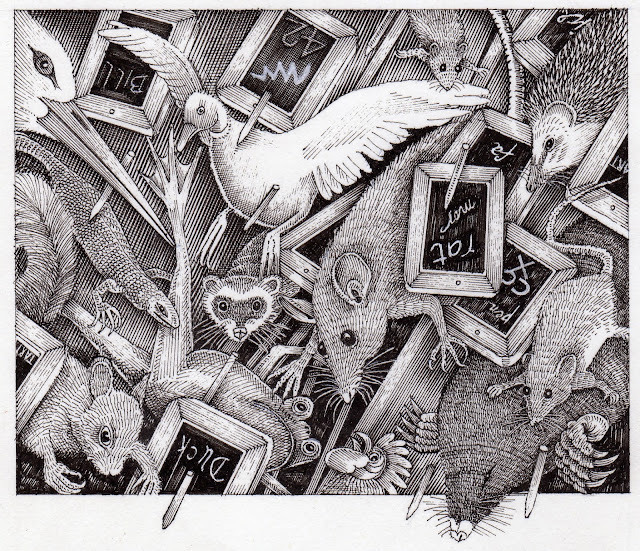 Alice tips over the jury-box, an illustration by JVL in Alice's Adventures in Wonderland,
Artists' Choice Editions, 2009.

The text at the beginning of the last chapter:
`Here!' cried Alice, quite forgetting in the flurry of the
moment how large she had grown in the last few minutes, and she
jumped up in such a hurry that she tipped over the jury-box with
the edge of her skirt, upsetting all the jurymen on to the heads
of the crowd below, and there they lay sprawling about, reminding
her very much of a globe of goldfish she had accidentally upset
the week before.

Posted by John Vernon Lord at 02:54 No comments: 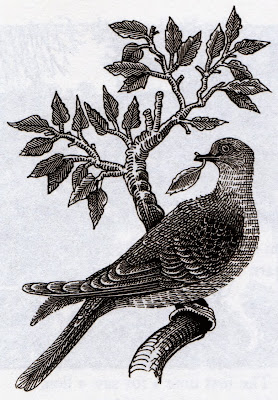 Posted by John Vernon Lord at 04:09 No comments: 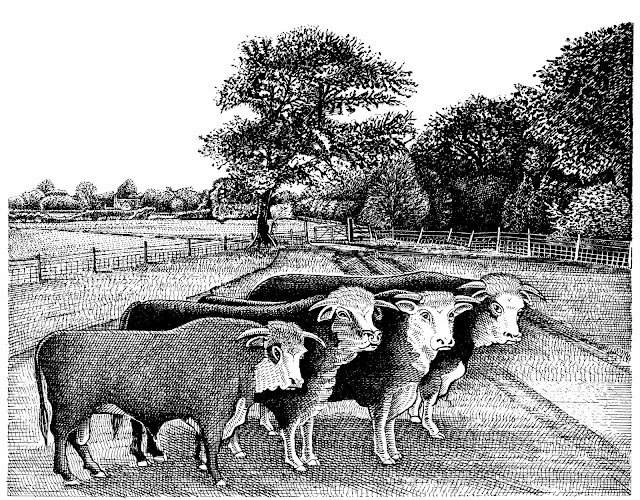 Posted by John Vernon Lord at 04:22 No comments:

The Vain Jackdaw, an illustration by JVL, in Aesop's Fables, Jonathan Cape, 1989

Here is a version of the fable written by Christopher Smart in 1760,
a verse translation of Phaedrus's fable

The Vain Jackdaw
Lest any one himself should plume,
And on his neighbour’s worth presume;
But still let Nature’s garb prevail -
Esop has left this little tale:
A Daw, ambitious and absurd,
Pick’d up the quills of Juno’s bird;
And, with the gorgeous spoil adorn’d,
All his own sable brethren scorn’d,
And join’d the peacocks - who in scoff
Stripp’d the bold thief, and drove him off.
The Daw, thus roughly handled, went
To his own kind in discontent:
but they in turn contemn the spark,
And brand with many a shameful mark.
Then one he formerly disdain’d,
“Had you,” said he, “at home remain’d -
Content with Nature’s ways and will,
You had not felt the peacock’s bill;
Nor ’mongst the birds of your own dress
Had been deserted in distress.”

Moral: Fine feathers do not make a fine bird.