The Sick Lion and the Fox 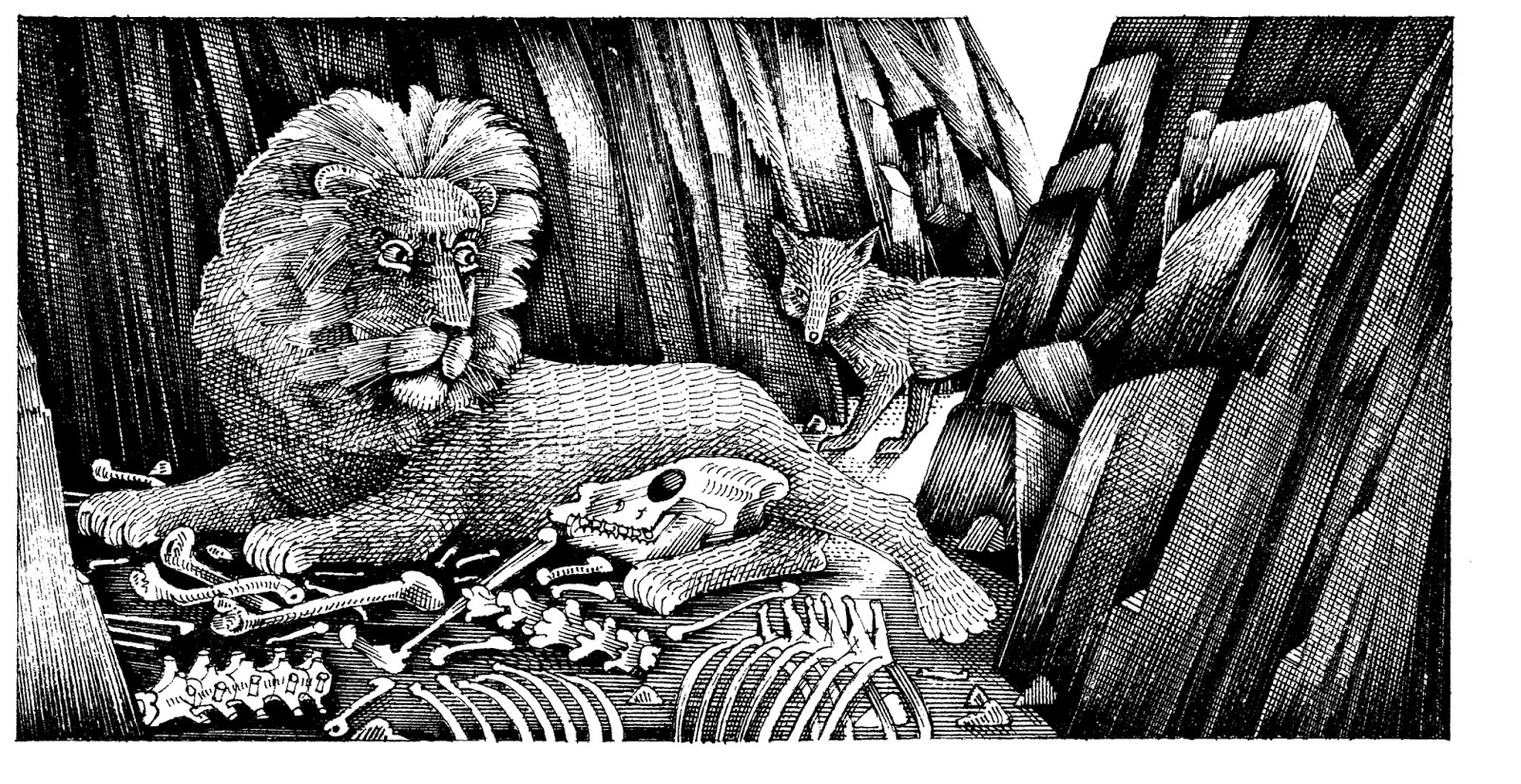 142
The Lion who feigned illness and the Fox
A LION being unable from old age and infirmities to provide himself with food by force, resolved to do so by artifice.  He betook himself to his den, and lying down there, pretended to be sick, taking care that his sickness should be publicly known.  The beasts expressed their sorrow, and came one by one to his den to visit him, where the Lion devoured them.  After many of the beasts had thus disappeared, the Fox discovered the trick, and presenting himself to the Lion, stood on the outside of the cave, at a respectful distance, and asked him how he did.  “I am very middling, but why do you stand without? pray enter within to talk with me.”  The Fox replied, “No, thank you, I notice that there are many prints of feet entering your cave, but I see no trace of any returning.”

Moral: Wise people are warned by signs of danger met out on others and thus avoid the same happening to themselves.