'The Ass in the Lion's skin' 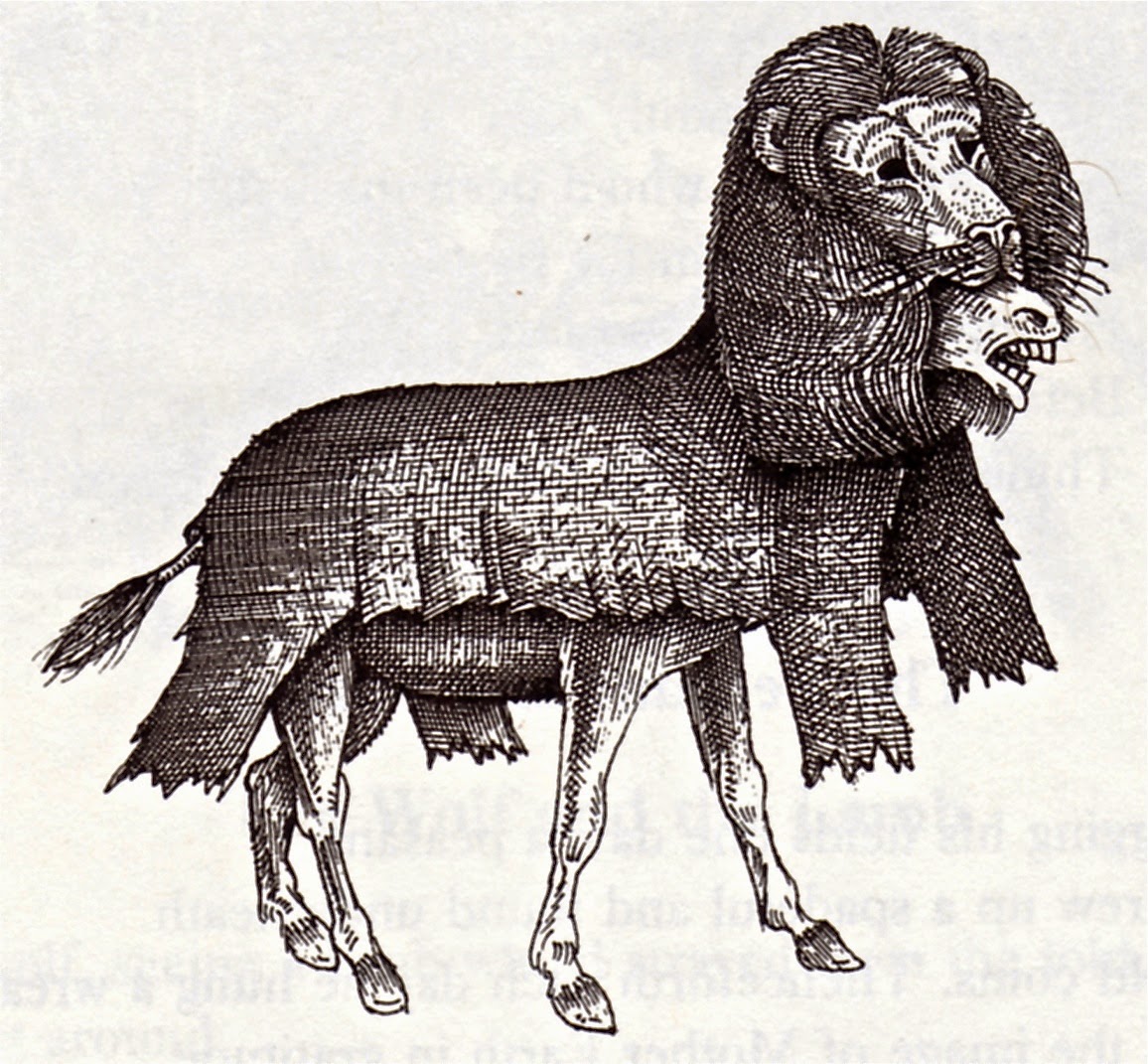 'The Ass in the Lion's skin', an illustration by John Vernon Lord
in Aesop's Fables, Jonathan Cape, 1989. page 38.

The texts:
(There are two versions of this fable. The morals are my own adaptations)

The Ass in  the Lion’s Skin
AN Ass found a Lion’s Skin, and dressed himself up in it. Then he went about frightening every one he met, for they all took him to be a lion, men and beasts alike, and took to their heels when they saw him coming. Elated by the success of his trick, he loudly brayed in triumph.  The Fox heard him, and recognised him at once for the Ass he was, and said to him, “Oho, my friend, it’s you, is it? I, too, should have been afraid if I hadn’t heard your voice.

Moral:  Those who try to disguise themselves, and put on airs and graces, give themselves away by what they have to say and how they say it.

The Ass in the Lion’s Skin
AN Ass, accidentally finding a Lion’s skin in the forest, put it on, and in this disguise came into the meadows, where he terrified all the flocks and herds, and drove them all before him. Soon after the Countryman to whom he belonged came out to look for him, when the Ass, thinking to deceive his master also, ran furiously at him, and set up a counterfeit roar. But his long ears unfortunately sticking out, his master laid hold of them, and drubbing hi soundly with a stout oaken plant, soon convinced that he knew the difference between an Ass and a Lion.

Moral: It is pointless to pretend to be someone who is stronger than yourself because, you will soon betray yourself and be found out for who you really are.