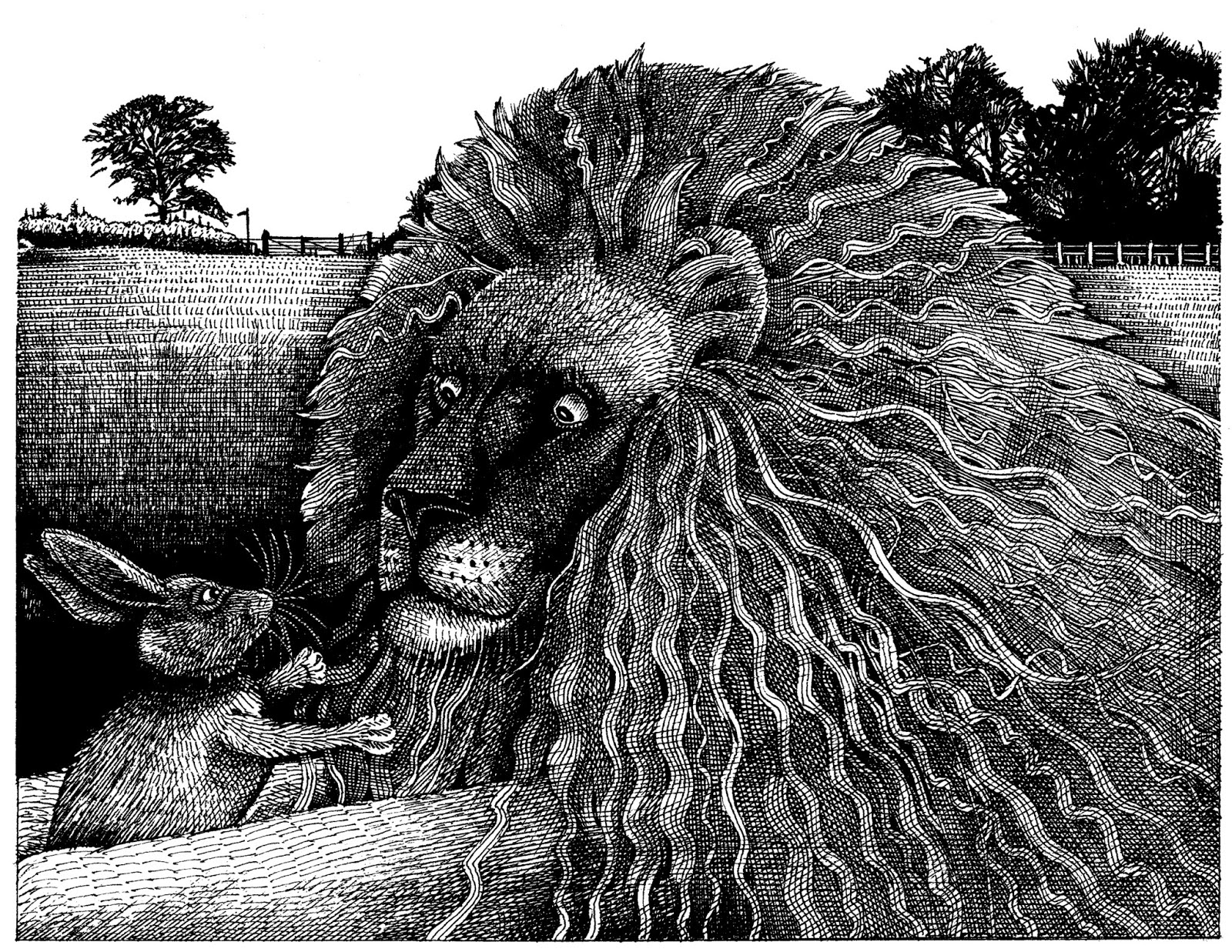 The action here takes place in a field next to our house.

The Lion’s Reign as King of the Beasts
THE beasts of the field and forest had a Lion as their king.  He was neither wrathful, cruel, nor tyrannical, but just and gentle as a king could be.  He made during his reign a royal proclamation for a general assembly of all the birds and beasts, and drew up conditions for a universal league, in which the Wolf and the Lamb, the Panther and the Kid, the Tiger and the Stag, the Dog and the Hare, should live together in perfect peace and amity.  The Hare said, “Oh, how I have longed to see this day, in which the weak shall take their place with impunity by the side of the strong.”

Moral: When justice prevails, all may live in friendship and peace.