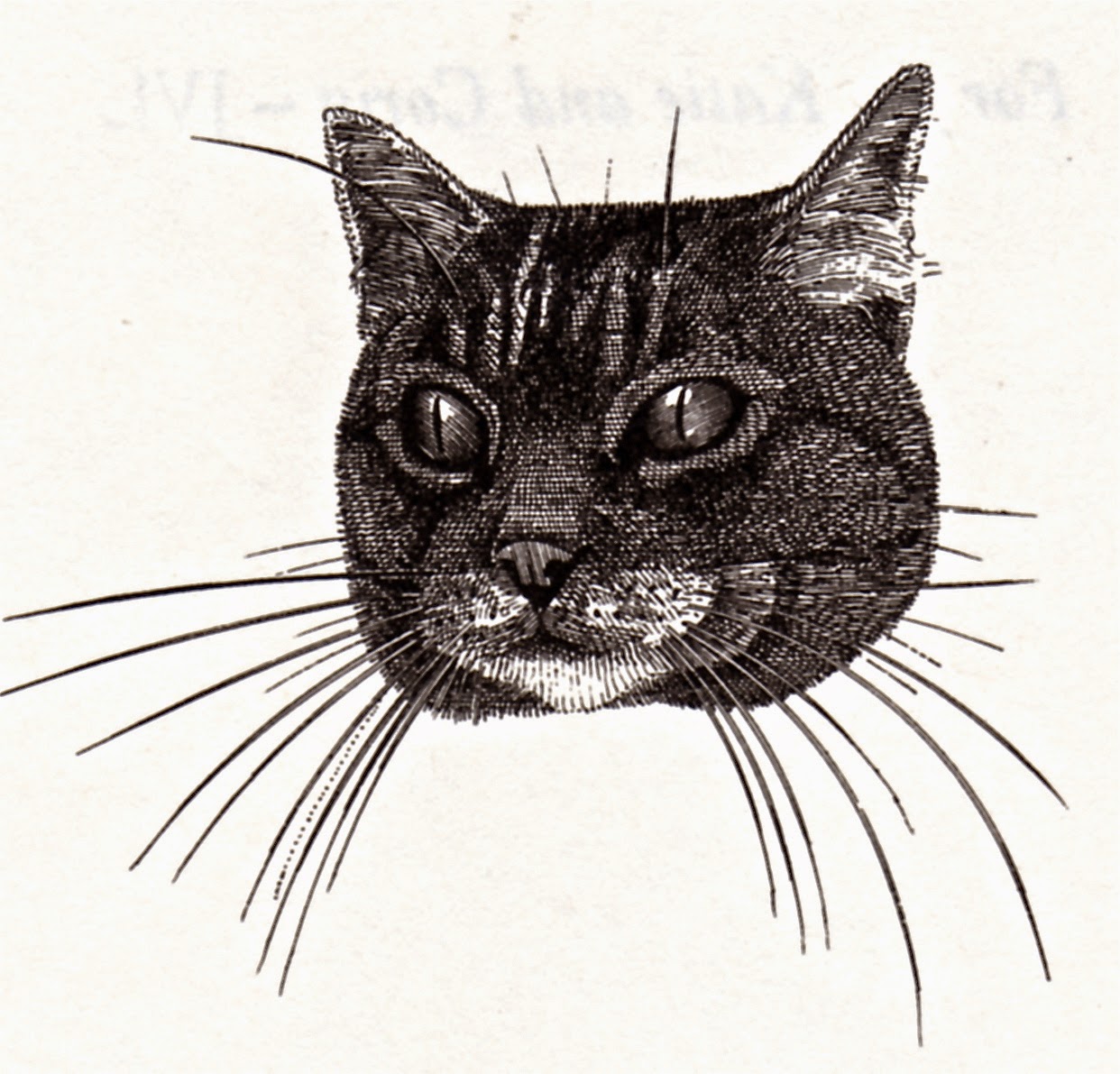 This is a portrait of one of our former pet cats called Lily.

Proposals are easier to come up with than execute. The fable, commonly known as ‘Belling the Cat’,
seems to have made its first appearance in Laurentius Abstemius’s collection of fables in the 15th century. It appears in other guises in Langland’s Piers Ploughman and Scott’s Tales of a Grandfather. The moral shows that it is easy to propose a remedy but it can be an entirely different thing when it comes to carrying it out.

Here is a mid 19th century version of the fable:

The Mice take Council about the Cat
Once upon a time the Mice being sadly distressed by the persecution of the Cat, resolved to call a meeting, to decide upon the best means of getting rid of this continual annoyance. Many plans were discussed and rejected; at last a young Mouse got up and proposed that a bell should be hung round the Cat’s neck, that they might for the future always have notice of her coming, and so be able to escape. This proposition was hailed with the greatest applause, and was agreed to at once unanimously. Upon which an old Mouse, who had sat silent all the while, got up and said that he considered the contrivance most ingenious, and that it would, no doubt, be quite successful; but he had only one short question to put, namely which of them it was who would Bell the cat?

That was Thomas James’s straight forward 19th century translation of Abstemius’s pithy narrative. Now, for comparison, we have La Fontaine’s version of the same fable, translated from the French by Elizur Wright and published in Boston, USA in 1841. Wright’s was the first complete translation of La Fontaine’s Fables. In this telling of the fable we have an exchange of rodents, from mice to rats.

The Council held by the Rats
Old Rodilard, a certain cat,
Such havoc of the rats had made,
’Twas difficult to find a rat
With nature's debt unpaid.
The few that did remain,
To leave their holes afraid,
From usual food abstain,
Not eating half their fill.
And wonder no one will
That one who made of rats his revel,
With rats passed not for cat, but devil.
Now, on a day, this dread rat-eater,
Who had a wife, went out to meet her;
And while he held his caterwauling,
The unkill’d rats, their chapter calling,
Discuss’d the point, in grave debate,
How they might shun impending fate.
Their dean, a prudent rat,
Thought best, and better soon than late,
To bell the fatal cat;
That, when he took his hunting round,
The rats, well caution’d by the sound,
Might hide in safety under ground;
Indeed he knew no other means.
And all the rest
At once confess’d
Their minds were with the dean's.
No better plan, they all believed,
Could possibly have been conceived,
No doubt the thing would work right well,
If any one would hang the bell.
But, one by one, said every rat,
"I'm not so big a fool as that."
The plan, knock’d up in this respect,
The council closed without effect.
And many a council I have seen,
Or reverend chapter with its dean,
That, thus resolving wisely,
Fell through like this precisely.
To argue or refute
Wise counsellors abound;
The man to execute
Is harder to be found.