The rousing of the Baker by the Snark Hunters 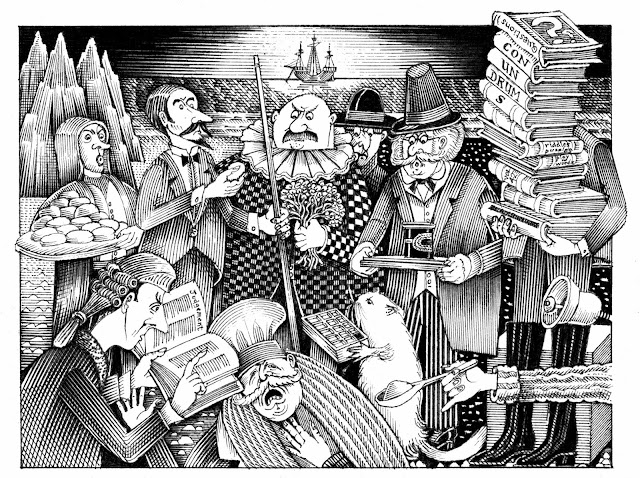 The rousing of the Baker by the Snark Hunters, an illustration by JVL in Lewis Carroll's
The Hunting of the Snark, Artists' Choice Editions, 2006.

Fit the Third - The Baker's Tale

45
When at length he sat up and was able to speak,
His sad story he offered to tell;
And the Bellman cried "Silence! Not even a shriek!"
And excitedly tingled his bell.

46
There was silence supreme! Not a shriek, not a scream,
Scarcely even a howl or a groan,
As the man they called "Ho!" told his story of woe
In an antediluvian tone.