The Beaver (a member of the Snark hunting crew) 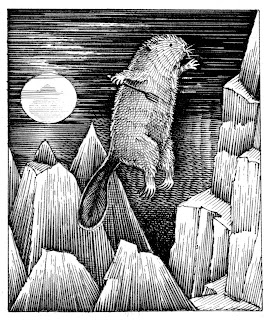 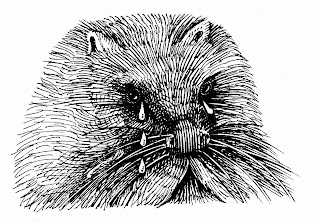 The Beaver (a member of the Snark hunting crew), an illustration by JVL in Lewis Carroll's
The Hunting of the Snark, Artists' Choice Editions, 2006.

The text for the illustration on the left:

134
They shuddered to think that the chase might fail,
And the Beaver, excited at last,
Went bounding along on the tip of its tail,
For the daylight was nearly past.

The text for the illustration on the right:

17
The Beaver, who happened to hear the remark,
Protested, with tears in its eyes,
That not even the rapture of hunting the Snark
Could atone for that dismal surprise!
Posted by John Vernon Lord at 08:17