The 5 'unmistakable marks' that identify Snarks

The 5 'unmistakable marks' that identify Snarks
5 illustrations by JVL in Lewis Carroll's
The Hunting of the Snark, Artists' Choice Editions, 2006. 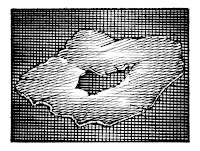 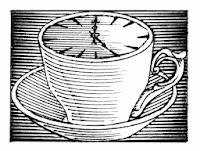 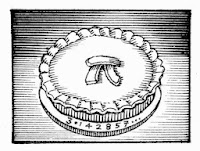 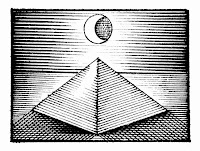 37
"Come, listen, my men, while I tell you again
The five unmistakable marks
By which you may know, wheresoever you go,
The warranted genuine Snarks.

38
"Let us take them in order. The first is the taste,
Which is meager and hollow, but crisp:
Like a coat that is rather too tight in the waist,
With a flavor of Will-o-the-wisp.

39
"Its habit of getting up late you'll agree
That it carries too far, when I say
That it frequently breakfasts at five-o'clock tea,
And dines on the following day.

40
"The third is its slowness in taking a jest.
Should you happen to venture on one,
It will sigh like a thing that is deeply distressed:
And it always looks grave at a pun.

41
"The fourth is its fondness for bathing-machines,
Which is constantly carries about,
And believes that they add to the beauty of scenes--
A sentiment open to doubt.

42
"The fifth is ambition. It next will be right
To describe each particular batch:
Distinguishing those that have feathers, and bite,


And those that have whiskers, and scratch.