'The Woman and Her Hen' 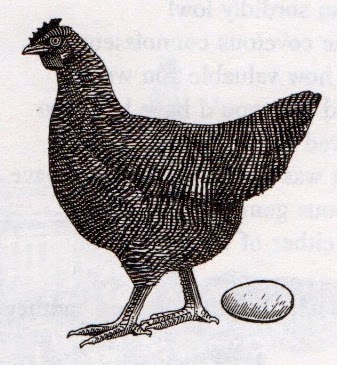 The Woman and Her Hen
A WOMAN possessed a Hen that gave her an egg every day.  She often thought with herself how she might obtain two eggs daily instead of one, and at last, to gain her purpose, determined to give the Hen a double allowance of barley.  From that day the Hen became fat and sleek, and never once laid another egg.

Moral: Those who are too greedy often overreach themselves and lose what they already have.