'The Mouse, the Frog and the Hawk' 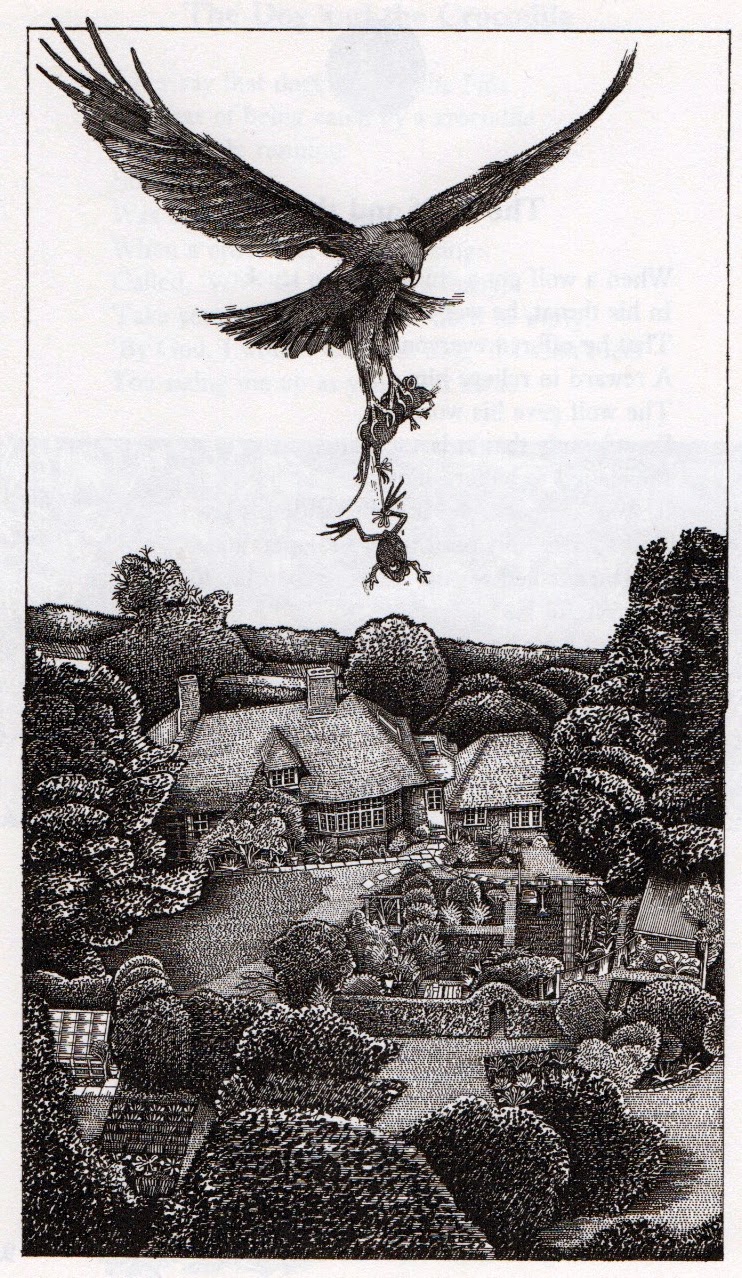 The Mouse, the Frog and the Hawk
A MOUSE who always lived on the land, by an unlucky chance formed an intimate acquaintance with a Frog, who lived for the most part in the water. The Frog, one day intent on mischief, bound the foot of the Mouse tightly to his own. Thus joined together, the Frog first of all led his friend the Mouse to the meadow where they were accustomed to find their food. After this, he gradually led him towards the pool in which he lived until he reached the very brink, when suddenly jumping in he dragged the Mouse in with him. The Frog enjoyed the water amazingly, and swam croaking about, as if he had done a meritorious action. The unhappy Mouse was soon suffocated with the water, and his dead body floated about on the surface, tied to the foot of the Frog. A Hawk observed it, and , pouncing upon it with his talons, carried it up aloft. The Frog being still fastened to the leg of the Mouse, was also carried off as a prisoner, and was eaten by the Hawk.

Moral: The quarrel of others may delight the onlooker, who will take advantage of the situation