'The Eagle and Jackdaw' 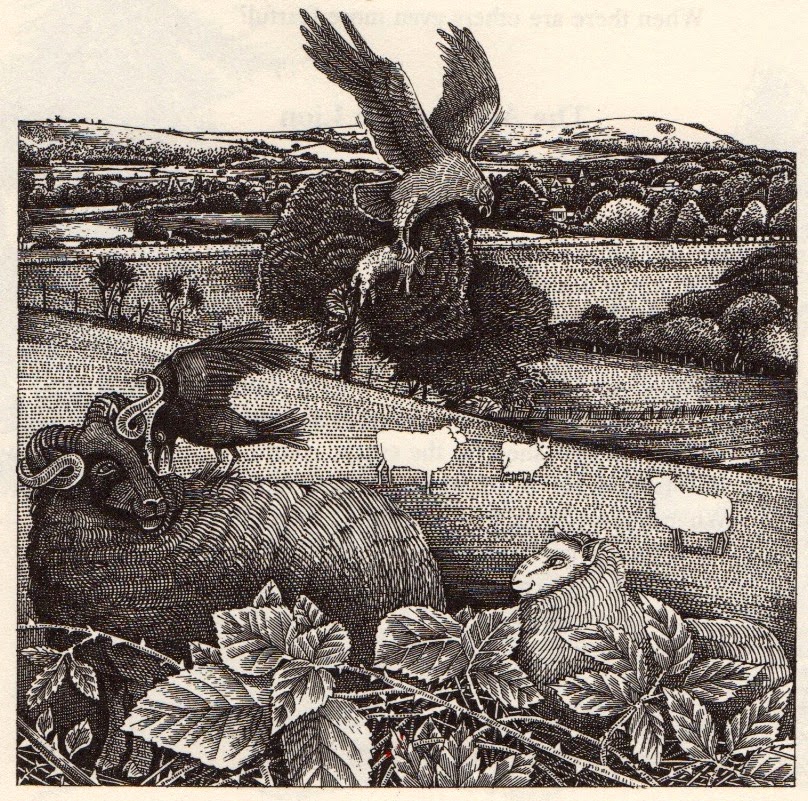 'The Eagle and Jackdaw', an illustration by John Vernon Lord
in Aesop's Fables, Jonathan Cape, 1989, page 87.

The Eagle and the Jackdaw
An eagle flew down from the top of a high Rock and settled upon the Back of a Lamb; and then instantly flying up into the Air again, bore his bleating Prize aloft in his Pounces. A Jackdaw, who sate upon an Elm, and beheld this Exploit, resolv’d to imitate it; so flying down upon the back of a Ram and intangling his Claws in the Wool, he fell a chattering and attempting to fly; By which means he drew the Observation of the Shepherd upon him, who finding his Feet hamper’d in the Fleece of the Ram, easily made a Prey of him, and gave them to his Boys for their Sport and Diversion.

Moral:  Those who try to match the powerful will usually overreach themselves and  get teased for their efforts.

note: Croxall's crow has been substituted for a Jackdaw.