'A blackbird sang throughout the meeting' 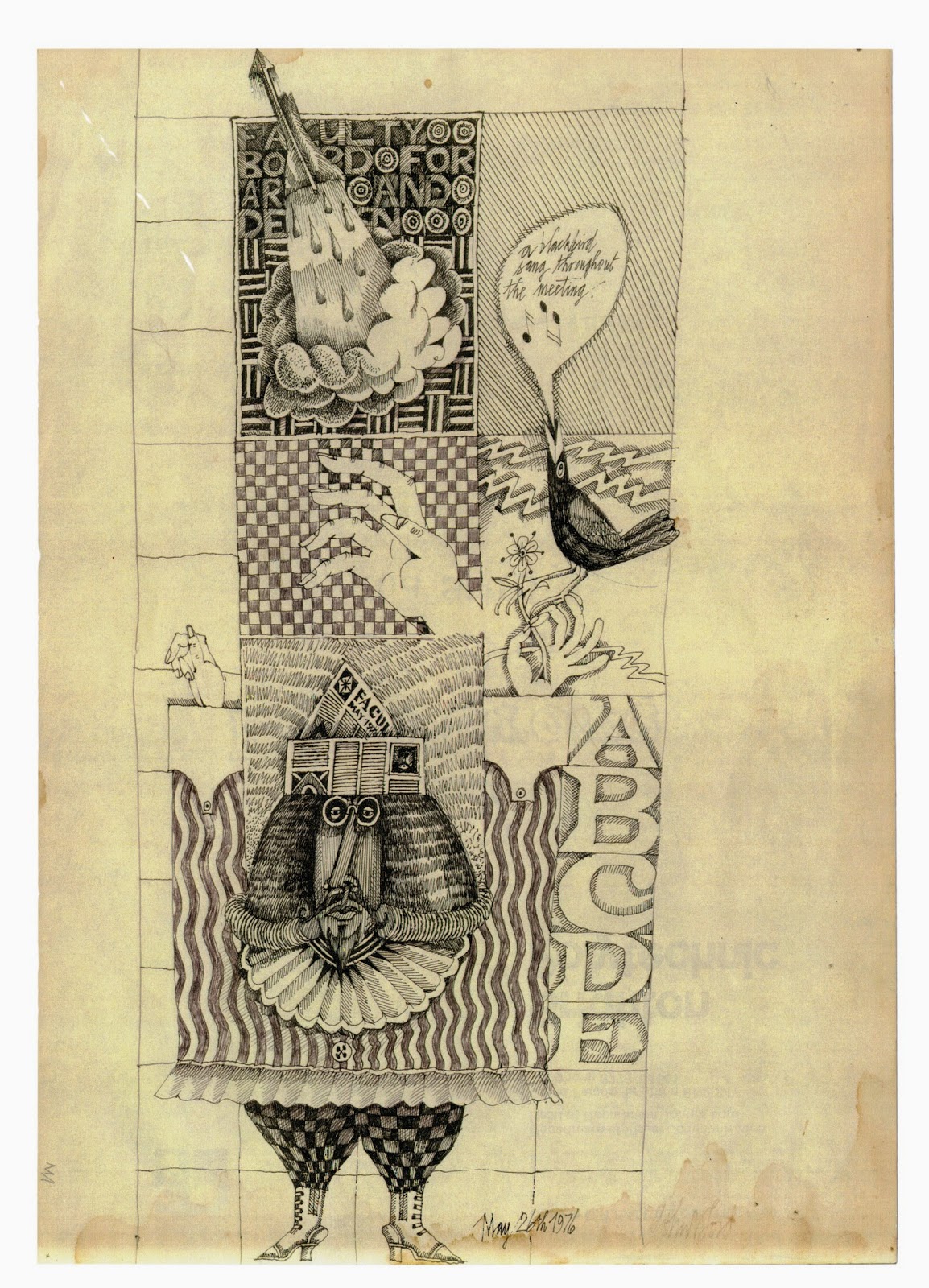 'A blackbird sang throughout the meeting', a pen and ink doodle by John Vernon Lord drawn in 1976 and published in Drawn to Drawing, Nobrow Press, 2014, page 131.

This doodle was carried out during a Faculty Board meeting at Brighton Polytechnic, during which a blackbird sang outside in the garden. I often tended to doodle during the frequent and endless committee meetings that I used to attend at Art College, Polytechnic and University. Many times I would think of the American Comedian Fred Allen’s quote, that “a committee is a group of the unprepared, appointed by the unwilling to do the unnecessary”. Another American comedian, Milton Berle, declared that “a committee is a group that keeps minutes and loses hours”.