'The Dong meets a Jumbly Girl' 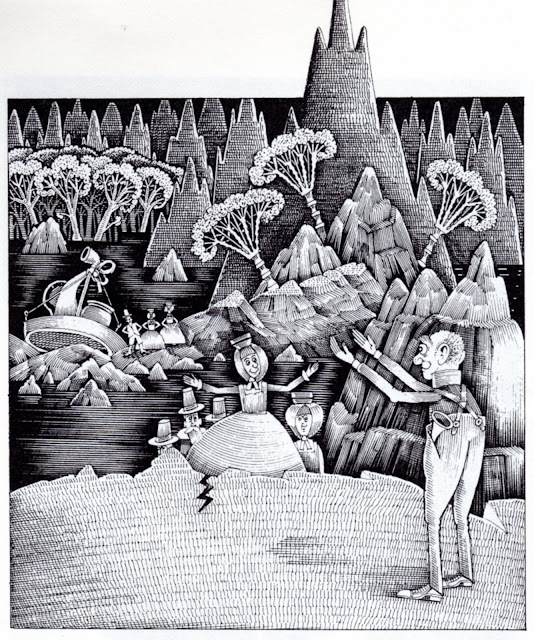 'The Dong meets a Jumbly Girl', one of the illustrations by JVL for 'The Dong with a Luminous Nose' in The Nonsense Verse of Edward Lear, Jonathan Cape, 1984 , reissued in 2012, page 12.

Long years ago
The Dong was happy and gay,
Till he fell in love with a Jumbly Girl
Who came to those shores one day,
For the Jumblies came in a sieve they did, -
Landing at eve near the Zemmery Fidd.

Here we see the Dong without his illuminated nose contraption. This is an instance in the poem in which Edward Lear refers back to 'The Jumblies', an earlier poem he had published in 1871. 'The Dong with a Luminous Nose' was written some time later, in August 1875, at San Remo where Lear settled during his last years.