'The Hare and the Tortoise', 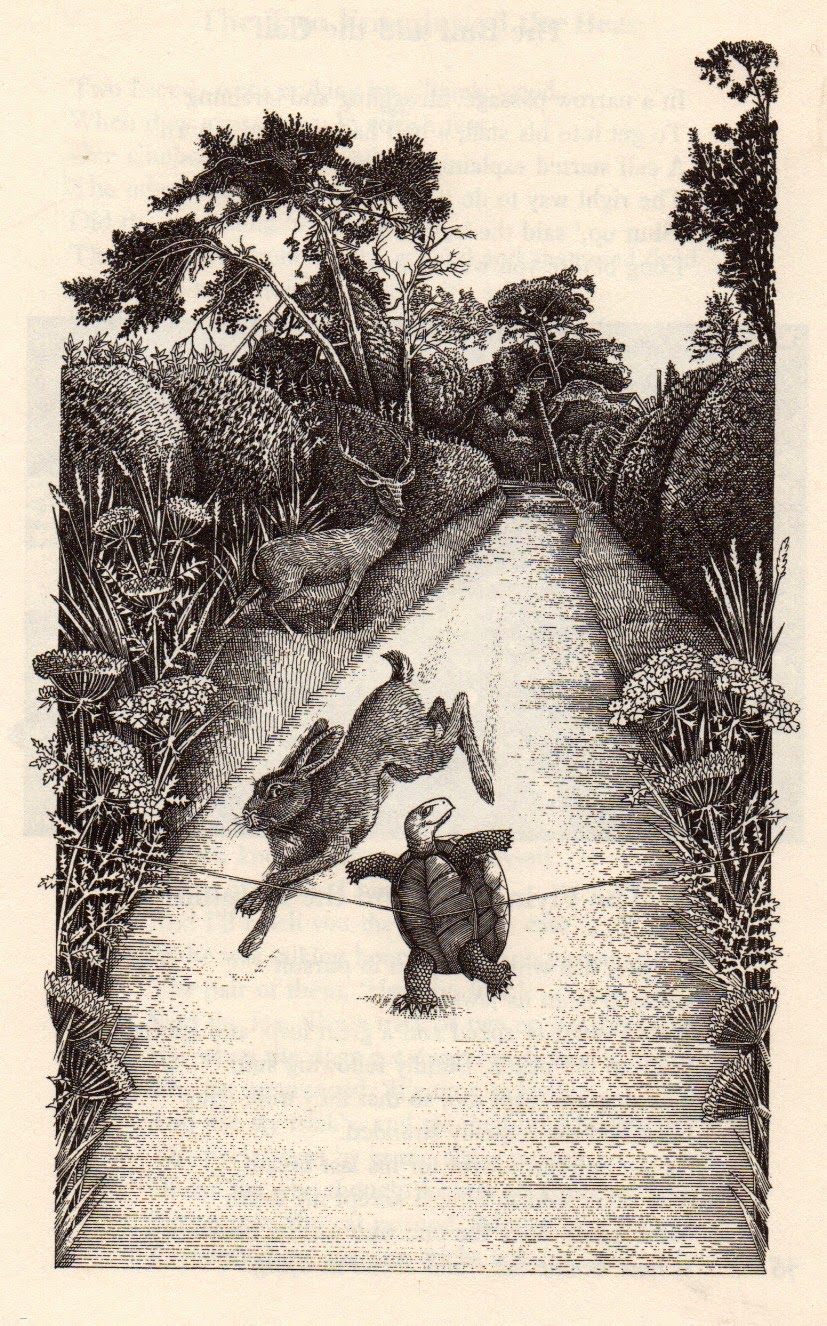 'The Hare and the Tortoise', an illustration by John Vernon Lord
in Aesop's Fables, Jonathan Cape, 1989, page 69.

The Hare and the Tortoise
A HARE one day ridiculed the short feet and slow pace of the Tortoise. The latter, laughing said:  “Though you be swift as the wind, I will beat you in a race.”  The Hare, deeming her assertion to be simply impossible, assented to the proposal; and they agreed that the Fox should choose the course and fix the goal.  On the day appointed for the race they started together.  The Tortoise never for a moment stopped, but went on with a slow but steady pace straight to the end of the course. The Hare, trusting top his native swiftness cared little about the race, and lying down by the wayside, fell fast asleep.  At last waking up, and moving as fast as he could, he saw the Tortoise had reached the goal, and was comfortably dozing after her fatigue.

Moral: It is always possible for hard-working, less gifted people to overtake those who are more naturally talented  but smug and lazy at the same time.
Posted by John Vernon Lord at 03:54