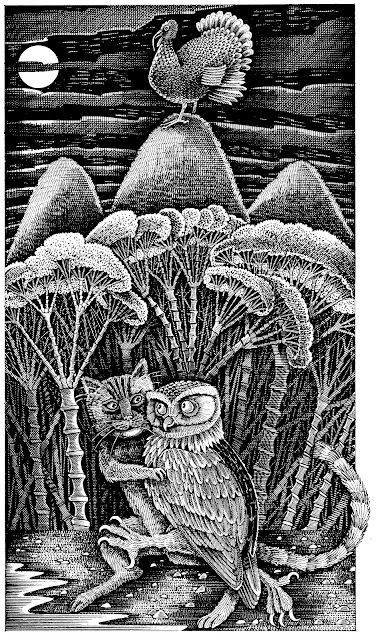 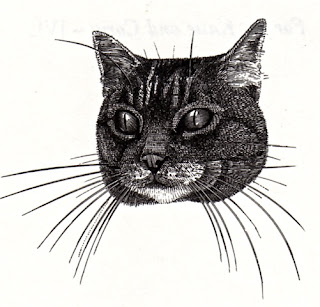 Another cat - this time an illustration by JVL from Aesop's Fables, Cape, 1989.
It happened to be a portrait of our own cat 'Ginny'.
Posted by John Vernon Lord at 02:39